Till now, we have discussed numbers as the standard data types in python. In this section of the tutorial, we will discuss the most popular data type in python i.e., string.

In python, strings can be created by enclosing the character or the sequence of characters in the quotes. Python allows us to use single quotes, double quotes, or triple quotes to create the string.

Consider the following example in python to create a string.

Here, if we check the type of the variable str using a python script

Like other languages, the indexing of the python strings starts from 0. For example, The string "HELLO" is indexed as given in the below figure. 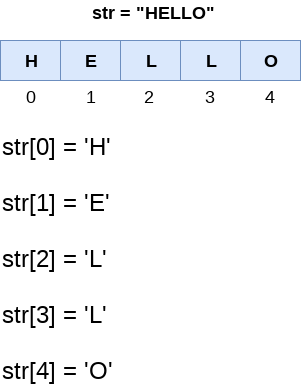 As shown in python, the slice operator [] is used to access the individual characters of the string. However, we can use the : (colon) operator in python to access the substring. Consider the following example. 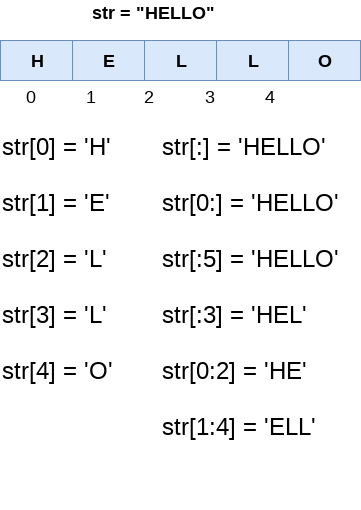 Updating the content of the strings is as easy as assigning it to a new string. The string object doesn't support item assignment i.e., A string can only be replaced with a new string since its content can not be partially replaced. Strings are immutable in python.

However, in example 1, the string str can be completely assigned to a new content as specified in the following example.

Consider the following example to understand the real use of Python operators.