In a programming language, loops are the sequence of instructions which continually repeated until a specific condition is not found. It makes the code compact. We can mostly use it with the array. Below is the general structure of the loop statement:

We can classify the loops into two types:

In Indefinite loops, the number of iterations is not known before beginning the execution of the block of statements. There are two indefinite loops:

The TypeScript while loop iterates the elements for the infinite number of times. It executes the instruction repeatedly until the specified condition evaluates to true. We can use it when the number of iteration is not known. The while loop syntax is given below. 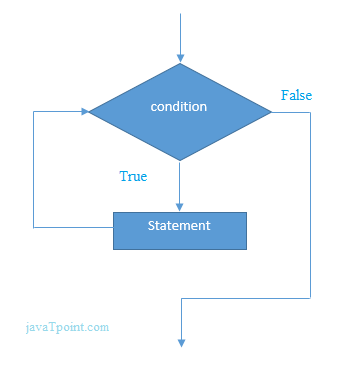 The explanation of while loop syntax is:

The TypeScript do-while loop iterates the elements for the infinite number of times similar to the while loop. But there is one difference from while loop, i.e., it gets executed at least once whether the condition is true or false. It is recommended to use do-while when the number of iteration is not fixed, and you have to execute the loop at least once. The do-while loop syntax is given below. 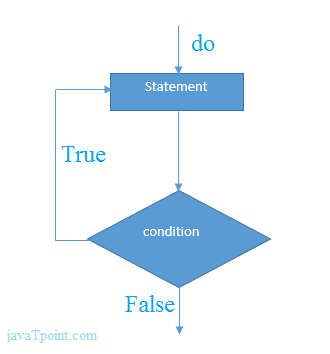 The explanation of do-while loop syntax is: