Differences between TypeScript and CoffeeScript

Jeremy Ashkenas designed and developed CoffeeScript in the year 2009. CoffeeScript is licensed under the MIT License. The filename extensions for the CoffeeScript files are .coffee or .lit coffee. Its syntax is similar to JavaScript and has a lot of features, which provides greater flexibility for the code readability. It also provides tools which are similar to the Ruby and Python languages.

CoffeeScript compiles the code one by one into the equivalent JavaScript code, and there is no interpretation at the runtime. The compiled output is readable and will work in every other JavaScript application or usage, and aims to run much faster than the plain equivalent handwritten JavaScript.

TypeScript is an open-source pure object-oriented programing language. It is a strongly typed superset of JavaScript which compiles to plain JavaScript. TypeScript is developed and maintained by Microsoft under the Apache 2 license. It is not directly run on the browser. It needs a compiler to compile and generate in JavaScript file. TypeScript source file is in ".ts" extension.

We can understand the main differences between TypeScript and CoffeeScript from the below table. 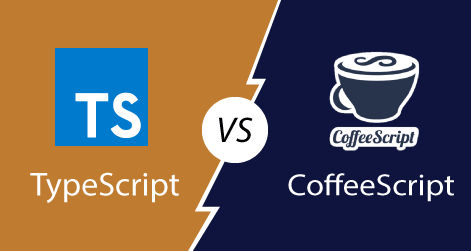