Inheritance is an aspect of OOPs languages, which provides the ability of a program to create a new class from an existing class. It is a mechanism which acquires the properties and behaviors of a class from another class. The class whose members are inherited is called the base class, and the class that inherits those members is called the derived/child/subclass. In child class, we can override or modify the behaviors of its parent class.

We can declare a class inheritance as below. 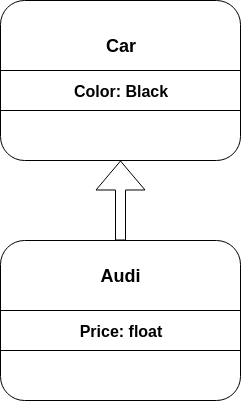 As displayed in the above figure, Audi is the subclass and Car is the superclass. The relationship between the two classes is Audi IS-A Car. It means that Audi is a type of Car.

We can classify the inheritance into the five types. These are: 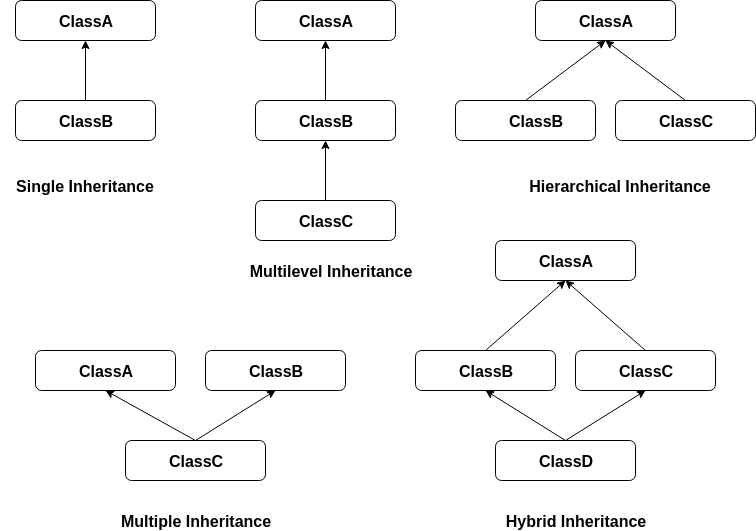