Following a list of top 10 PHP frameworks is given below: 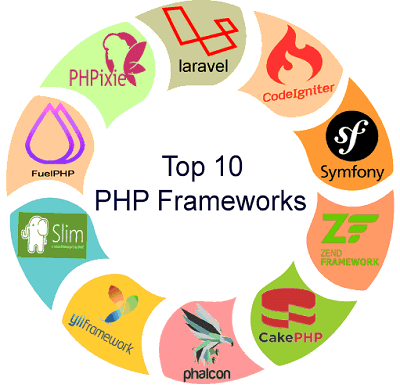 Laravel is an open-source web application framework which released in June 2011. It is developed by Taylor Otwell. Laravel is very popular because it handles complex web applications more securely and faster than other frameworks. Laravel makes lots of common tasks of web projects much easier, such as authentication, session, routing, and caching, etc.

The main goal of Laravel is to make web development easy and best for the developers without sacrificing application functionality. It provides powerful tools which are necessary for large and robust application. An inversion of control container, tightly integrated unit testing support, and expression migration system provides the tools that help to build any application with which we are tasked. 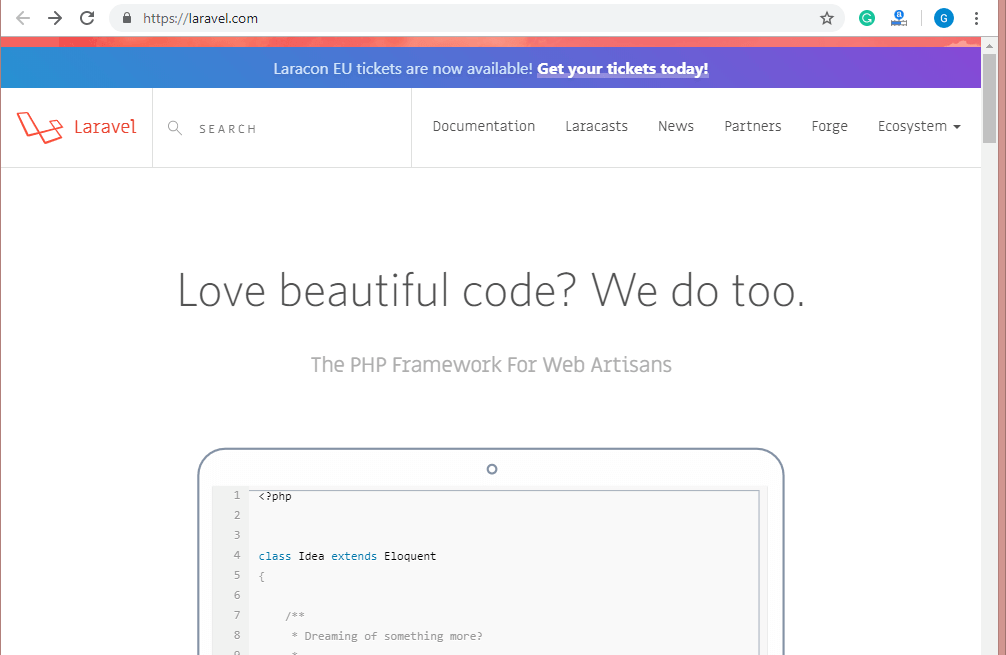 Laravel follows the MVC design pattern. It offers the following benefits that are given below:

CodeIgniter is an application development framework with small footprints which makes it much faster than other frameworks. It was released on February 28, 2006, by EllisLab. It minimizes the size of code needed for a given task and provides easy solutions to the complex coding problems.

CodeIgniter is not totally based on the MVC framework. It is one of the oldest frameworks with faster and high performance. We can develop projects much faster than a scratch, as it provides a large set of libraries, simple interface, and logical structure to access these libraries. It can be easily installed, and it requires minimal user configuration. 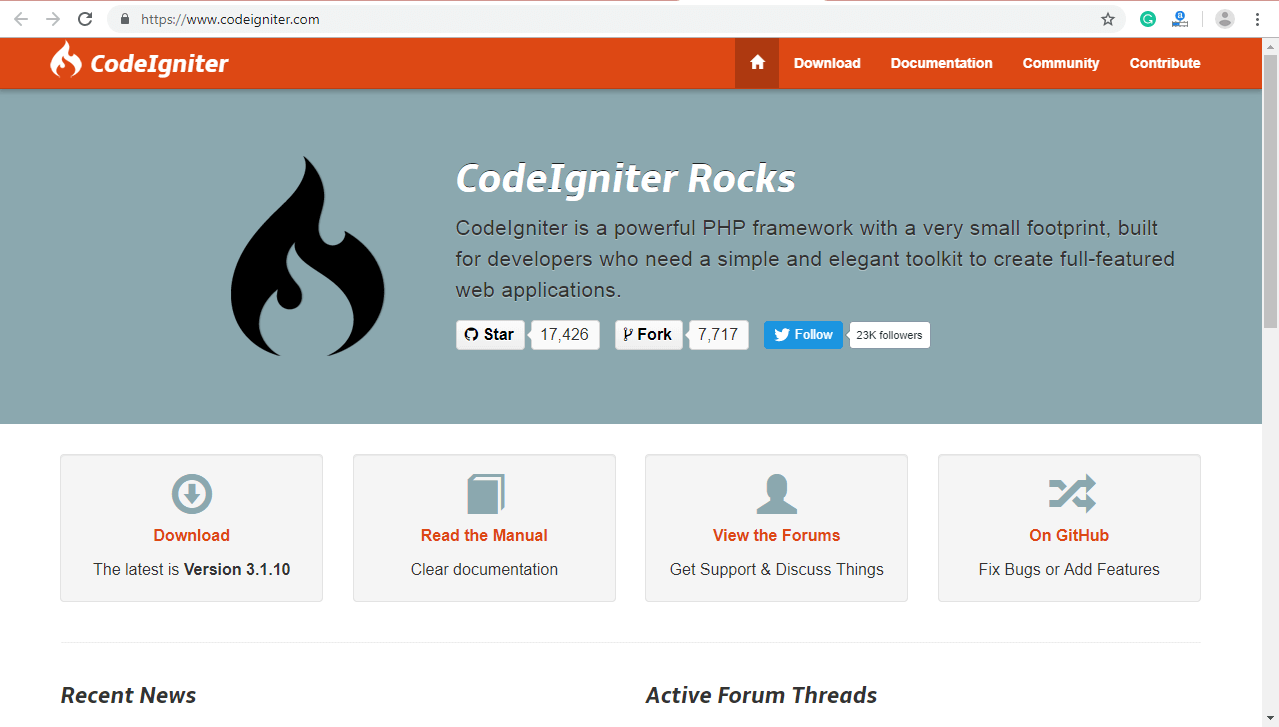 Symfony is another popular framework which was introduced on October 22, 2005, by Fabian Potencier. It is released under MIT license. It is a set of PHP components to create websites and web application. Symfony framework is a perfect choice among frameworks to develop large-scale enterprise projects.

Symfony is an open-source framework of PHP which is sponsored by SensioLabs. This framework is designed for developers who create a full-featured web application. Lots of open source projects like Drupal, Composer, and phpBB use Symfony components. Symfony integrates with PHP Unit and independent library. Symfony framework is flexible and handles enterprise application with billions of connections. It is used to build micro-sites. 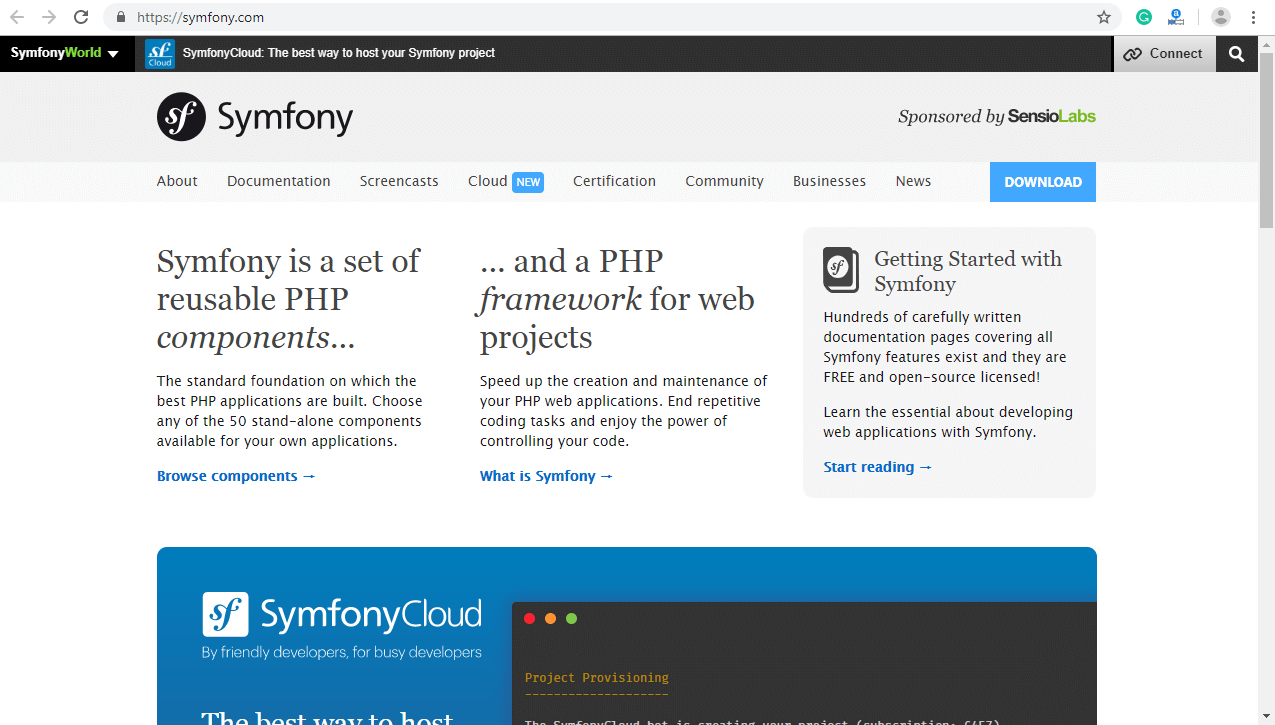 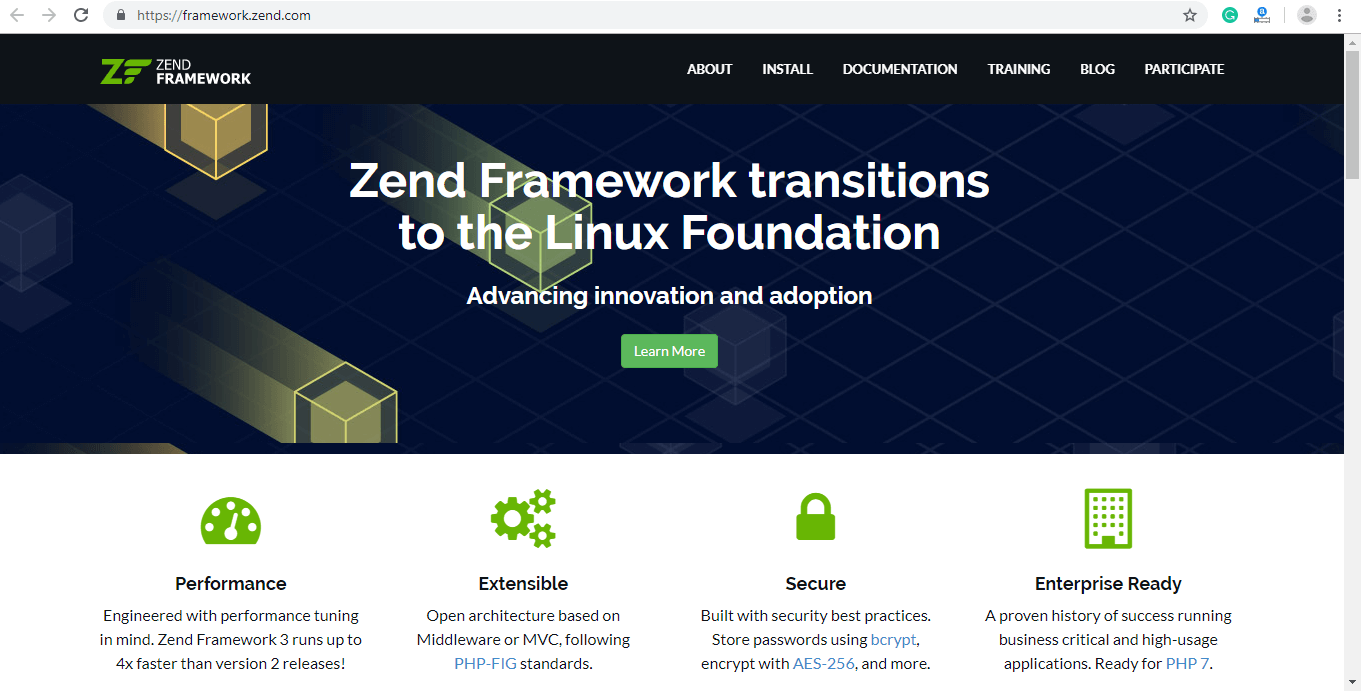 CakePHP is a web development framework of PHP which was released on April 2005, and it is licensed under the MIT License. It is based on MVC (Model View Controller) architecture and follows ORM techniques. CakePHP 3 is running on PHP 7.3 version. It has excellent speed, security, and reliability. CakePHP is an open-source framework, hence it is free to use.

CakePHP offers several features, such as SQL injection prevention, Cross-Site Request Forgery (CSRF) protection, Form tampering Validation, good documentation, and cross-scripting platform (XSS) prevention. It has a set of conventions which guide while developing the application. Due to CRUD (Create, Read, Update, and Delete) framework, it is one of the easiest frameworks to learn. It powers BMW, Express, and Hyundai websites. 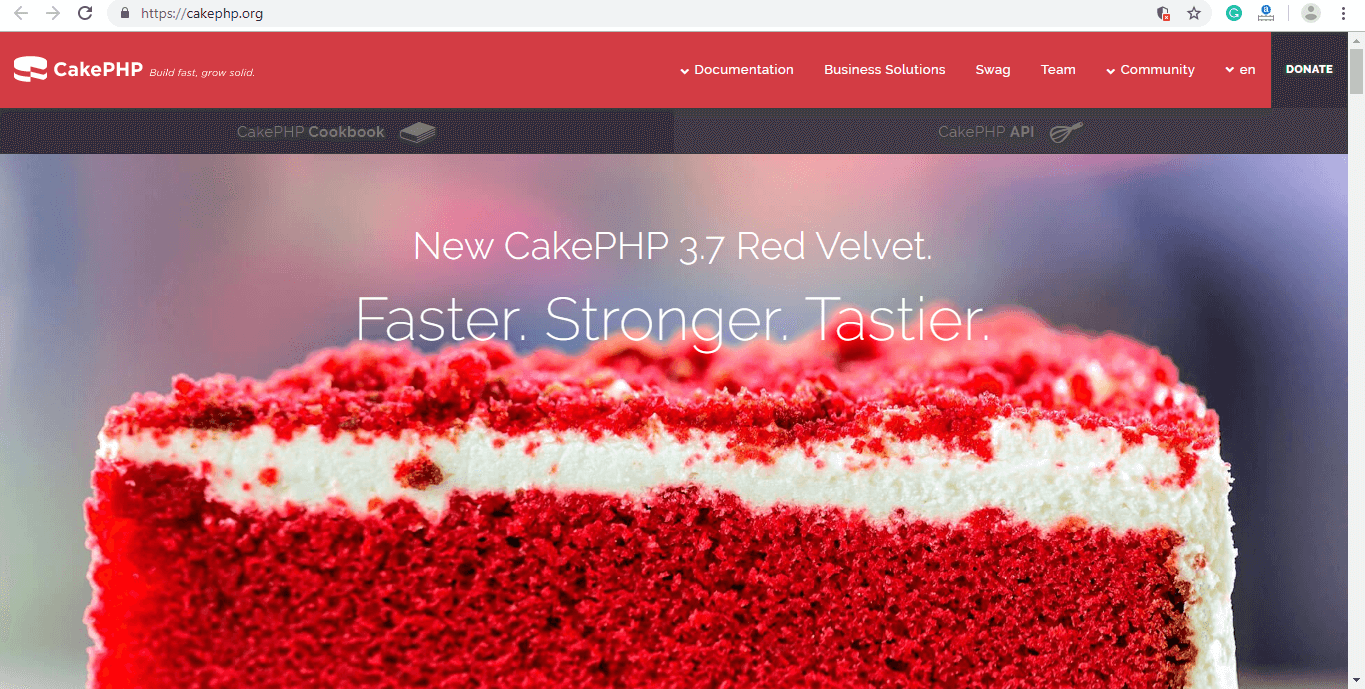 Phalcon is a full-stack web framework which is written as a C-extension. It is released on November 14, 2012, and licensed under the BSD License. Phalcon framework is developed by Andres Gutierrez and his group of collaborators. Phalcon is a combination of C and PHP language, but developers do not need to learn C to use Phalcon.

It is an open-source framework which is based on MVC (Model View Controller) design pattern. Phalcon provides equal support to both relational and non-relational databases. It is the first framework that implements the ORM technique in C language. Phalcon is a loosely coupled framework. 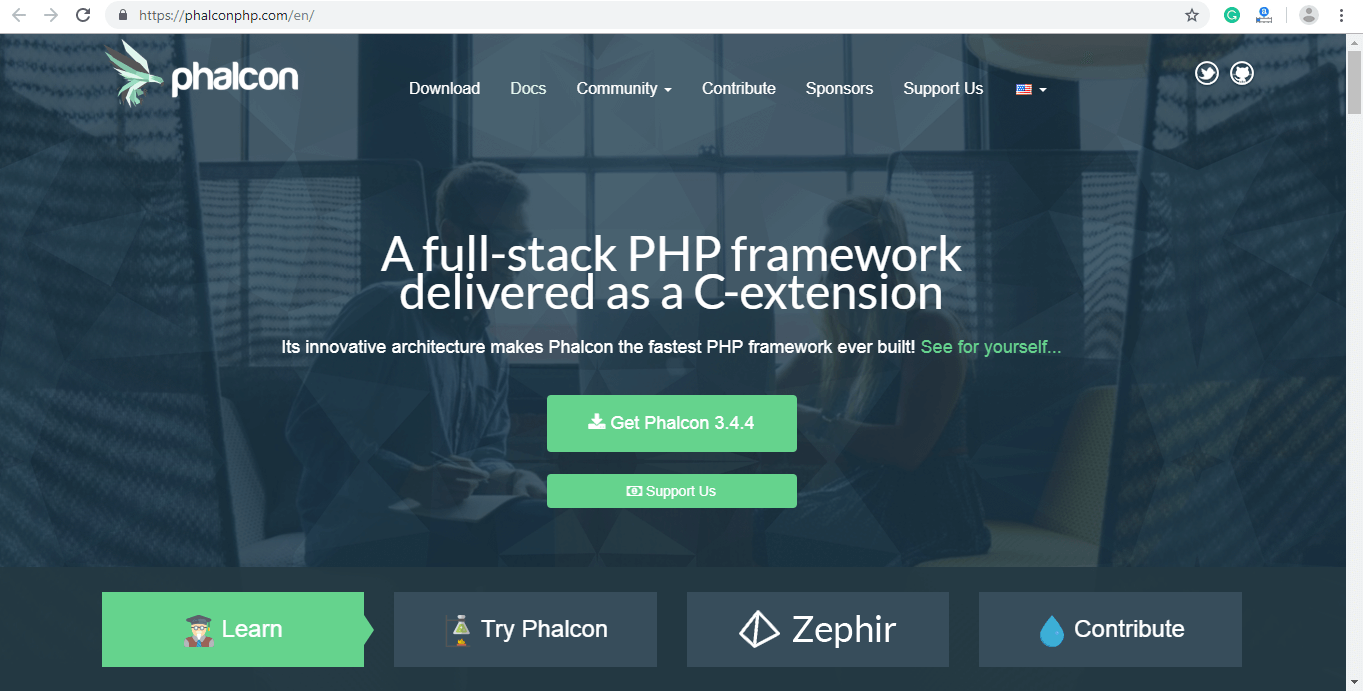 Yii is a high performance, open-source framework of PHP for rapidly developing web applications. Yii is pronounced as Yee or [ji:], which means "Simple and Evolutionary" in Chinese. It also stands for Yes it is! Yii is a universal web programming framework because it is suitable for all kind of web application. It is built around Model-View-Controller.

Yii is a component-based PHP framework. It is suitable for large-scale application development such as forums, E-commerce projects, Content management system (CMS), and portals, etc., because of its component-based architecture and sophisticated caching support. Yii is a secure, fast, efficient, and pure object-oriented.

Yii version 2 comes with a set of AJAX-enabled features and also integrated with jQuery. 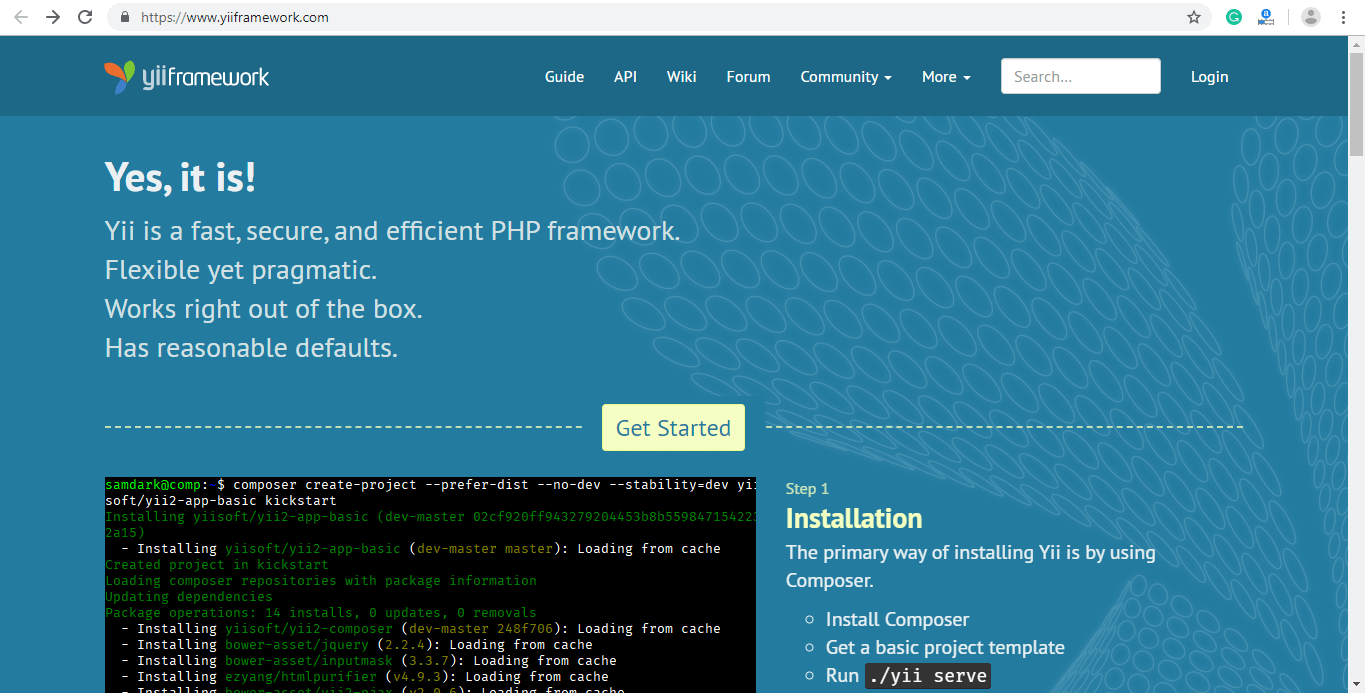 Slim is a micro framework of PHP that helps to develop simple and powerful web application and APIs quickly. It is developed and maintained by Josh Lockhart, Rob Allen, Andrew Smith, and their team. Slim's creator was inspired by Sinatra micro framework of Ruby. It is a lightweight framework.

Slim, which is a micro framework, is suitable to create a CRUD application with PHP for small-scale rather than a full-stack framework. Slim is a perfect tool for rapid prototyping. We can create full-featured web applications with the user interface. As Slim is a dispatcher, it receives HTTP requests, invokes a callback routine, and returns an HTTP response. 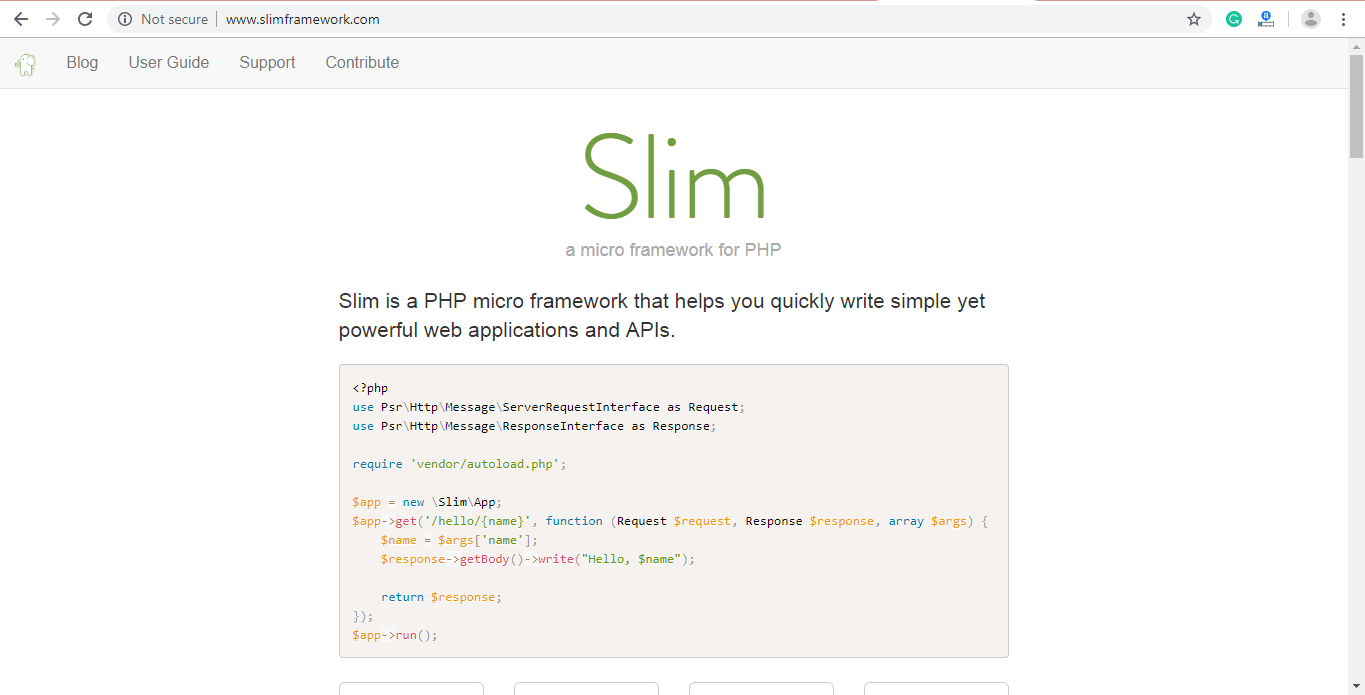 Note
Note: FuelPHP is supported by the above version of PHP 5.3. 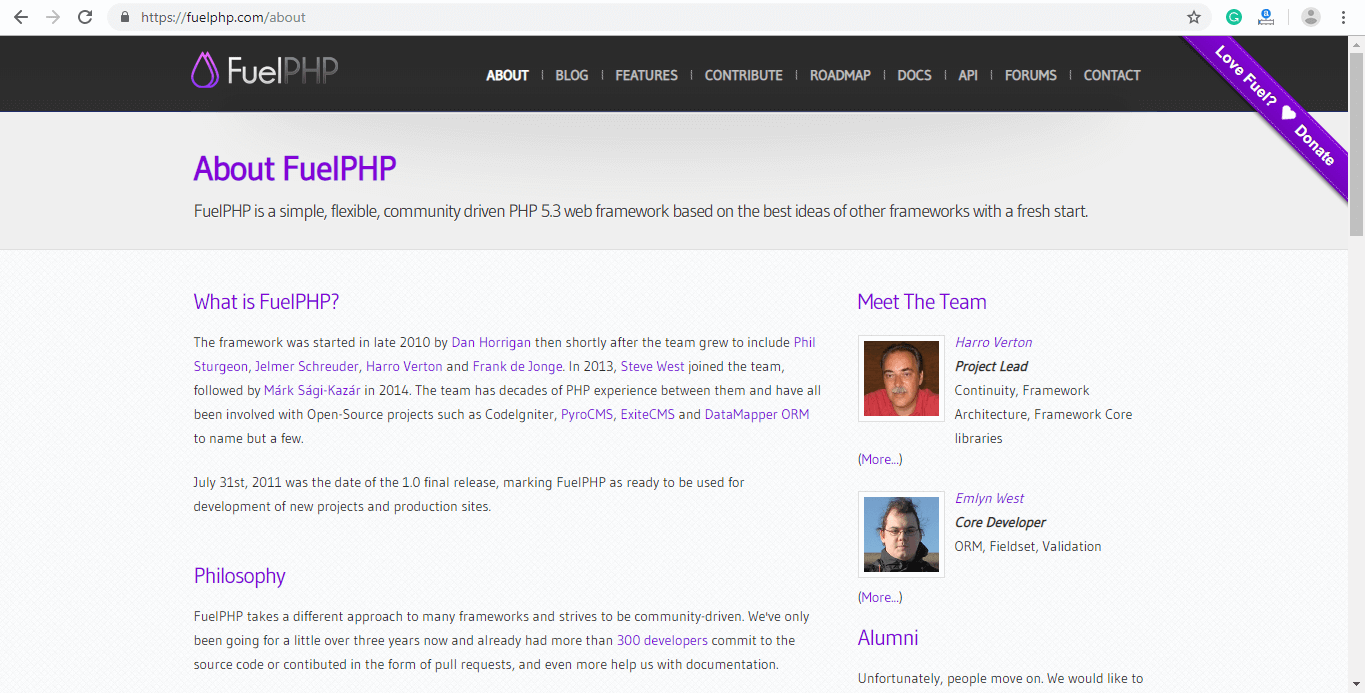 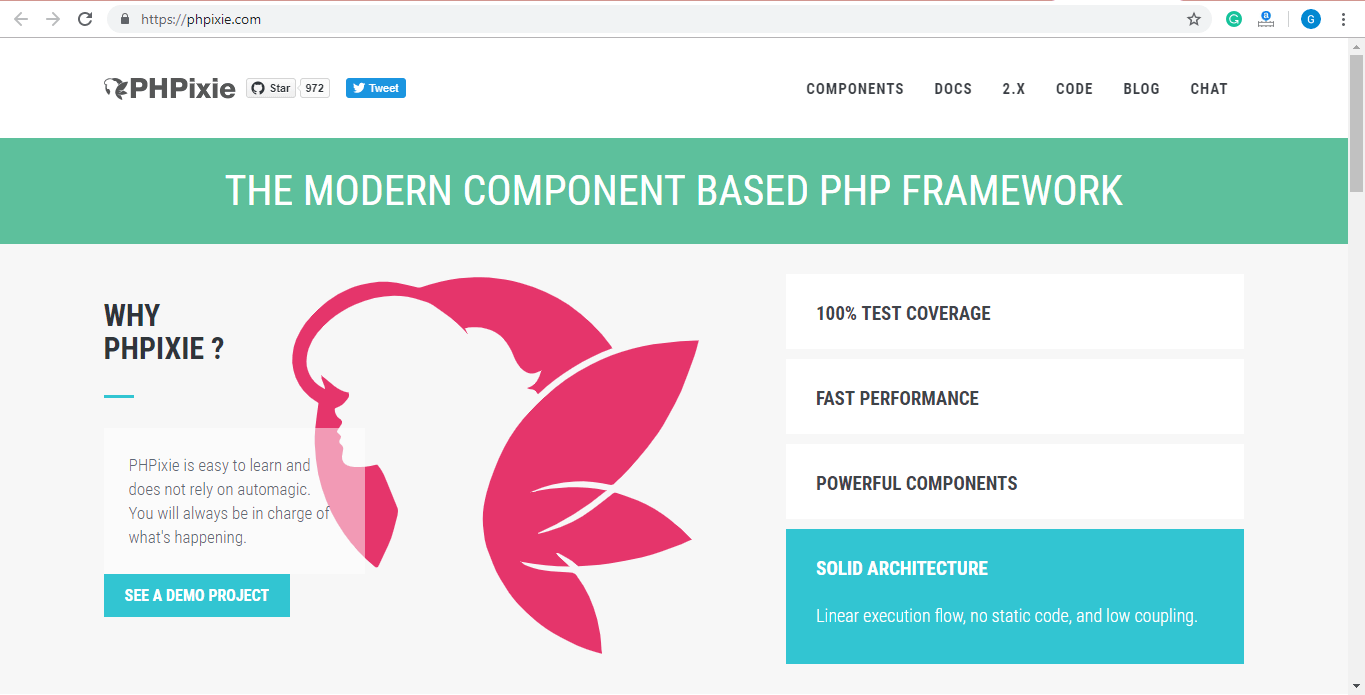 PHPixie is an open-source PHP framework which was introduced in 2012. It is easy to use and requires fewer configurations. The main goal of this framework is creating a high-performance framework for read-only websites. Like the FuelPHP framework, it also implements the HMVC (Hierarchical Model-View-Controller) design pattern.

PHPixie is built by using independent components which can be used with the framework itself. These components are 100% unit tested and require minimum dependency. It is a lightweight framework which supports MongoDB database. PHPixie offers some features such as input validation, ORM caching, authentication, and authorization capabilities.