Scaffolding is a technique that is supported by some MVC frameworks.

It is mainly supported by the following frameworks:

Scaffolding facilitates the programmers to specify how the application data may be used. This specification is used by the frameworks with predefined code templates, to generate the final code that the application can use for CRUD operations (create, read, update and delete database entries).

An Express.js scaffold supports candy and more web projects based on Node.js.

It will take a few seconds and the screen will look like this: 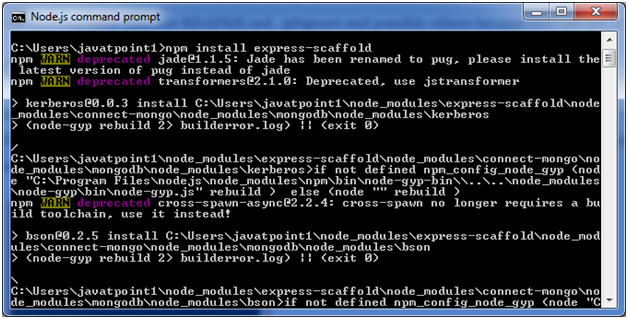 After this step, execute the following command to install express generator:

Now, you can use express to scaffold a web-app.

First create a directory named myapp. Create a file named app.js in the myapp directory having the following code:

Open Node.js command prompt, go to myapp and run npm init command (In my case, I have created myapp folder on desktop)

Fill the entries and press enter. 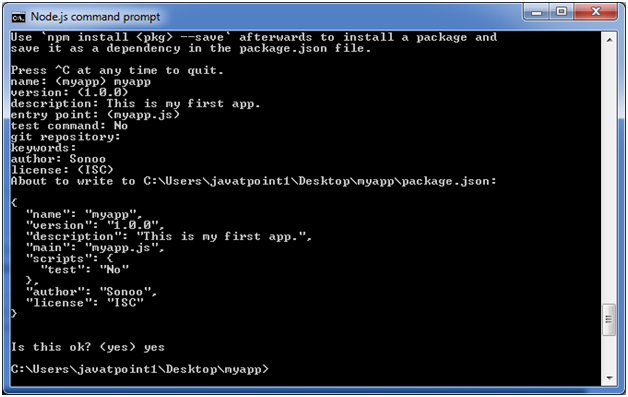 It will create a package.json file in myapp folder and the data is shown in JSON format.