Selenium is not just a single tool but a suite of software, each with a different approach to support automation testing. It comprises of four major components which include: 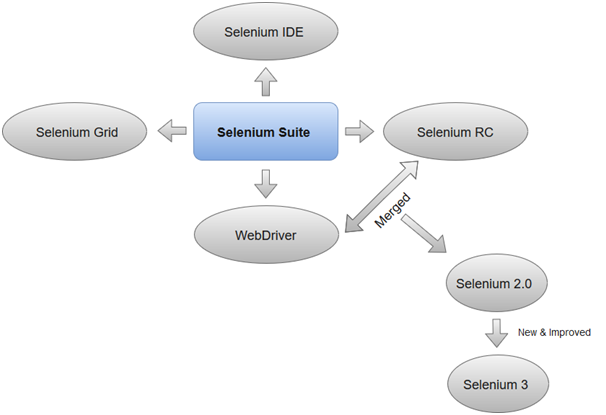 Selenium IDE is implemented as Firefox extension which provides record and playback functionality on test scripts. It allows testers to export recorded scripts in many languages like HTML, Java, Ruby, RSpec, Python, C#, JUnit and TestNG. You can use these exported script in Selenium RC or Webdriver.

>Selenium IDE has limited scope and the generated test scripts are not very robust and portable.

Selenium RC (officially deprecated by selenium)allows testers to write automated web application UI test in any of the supported programming languages. It also involves an HTTP proxy server which enables the browser to believe that the web application being tested comes from the domain provided by proxy server.

The figure given below shows the architectural representation of Selenium RC. 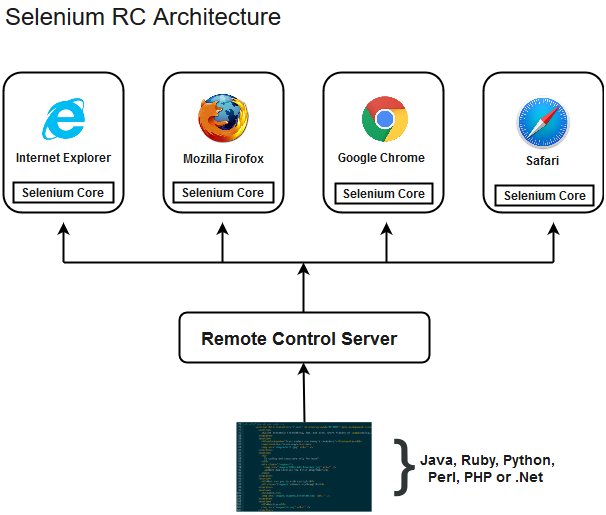 Selenium RC had been considered quite effective for testing complex AJAX-based web user interfaces under a Continuous Integration System.

Selenium WebDriver (Selenium 2) is the successor to Selenium RC and is by far the most important component of Selenium Suite. SeleniumWebDriverprovides a programming interface to create and execute test cases. Test scripts are written in order to identify web elements on web pages and then desired actions are performed on those elements.

Selenium WebDriver performs much faster as compared to Selenium RC because it makes direct calls to the web browsers. RC on the other hand needs an RC server to interact with the web browser.

Since, WebDriver directly calls the methods of different browsers hence we have separate driver for each browser. Some of the most widely used web drivers include: