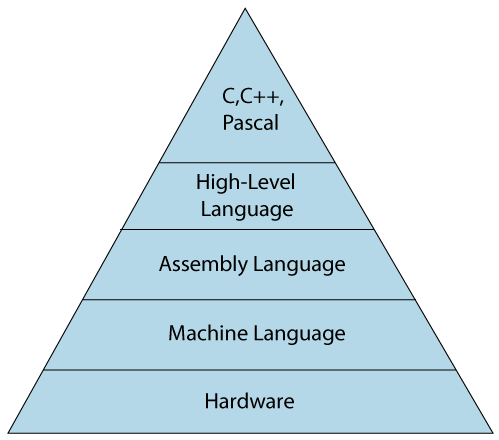 The low-level language is a programming language that provides no abstraction from the hardware, and it is represented in 0 or 1 forms, which are the machine instructions. The languages that come under this category are the Machine level language and Assembly language.

As we know that computers can only understand the machine-level instructions, so we require a translator that converts the assembly code into machine code. The translator used for translating the code is known as an assembler.

The assembly language code is not portable because the data is stored in computer registers, and the computer has to know the different sets of registers.

The following are the differences between machine-level language and assembly language:

When writing a program in a high-level language, then the whole attention needs to be paid to the logic of the problem.

Advantages of a high-level language